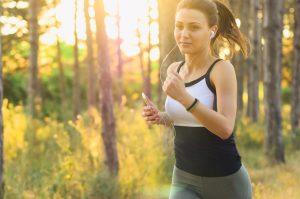 Sitting for long, uninterrupted periods of time may leave you more prone to cardiovascular problems.

How much time do you spend sitting each day? If you’re like most people, more than half of your waking hours are spent parked on a chair or sofa. Even if you dedicate at least 30 minutes a day to structured exercise (such as brisk walking, cycling, or swimming), it’s still important to get up and move for at least a few minutes, many times throughout the day.

“The more you sit, the more your large muscles are not using glucose, the body’s main energy source. Uninterrupted sitting can cause blood sugar levels to rise, triggering the release of insulin, the hormone that regulates blood sugar,” says Dr. Hicham Skali, a cardiologist with Harvard-affiliated Brigham and Women’s Hospital. Over time, sedentary habits cause the body to become less sensitive to insulin. The resulting insulin resistance promotes inflammation, a key player in the buildup of fatty plaque inside arteries, he explains.

Preliminary evidence from studies in rats suggests that sedentary behavior may change the activity of dozens of genes, including the gene responsible for making lipoprotein lipase (LPL). This enzyme helps break down fat so it can be used for energy or stored in the body. When rats were prevented from moving, LPL levels decreased, a change that may also contribute to raising heart disease risk, Dr. Skali explains.

The evidence about the harms of uninterrupted sitting (and the benefits of breaking it up) has been piling up for years, aided by tools such as fitness trackers that reveal people’s typical activity patterns. Findings from recent studies include the following:

Among 8,000 people followed for 10 years, those who did light activity instead of sitting for 30 minutes each day had a 17% lower risk of dying in that period, even if they split up that half-hour of activity into periods as brief as a minute each.

In more than 5,600 women followed for five years, reducing sedentary time by one hour per day was linked to a 26% lower risk of heart disease. Again, the hour of non-sedentary time didn’t have to occur all at once. Short, light-intensity interruptions to sitting were just as effective.

There are many ways you can add short bursts of movement to your daily routine. Whenever you notice you’ve been sitting for a while, do a short set of exercises — say five to 10 squats or leg lifts, Dr. Skali suggests. You can also keep a stretchy exercise band near your favorite chair to get some arm exercises in as well. Here are some other ideas:

Set a reminder. Many fitness trackers feature alerts that remind you to get up at least once an hour. But you can also use a smartphone or a regular kitchen timer; use it during periods when you tend to sit for long stretches.

Take care of your chores less efficiently. Put your groceries or other purchases in small bags and make multiple trips from your car to your home. Stand up while folding laundry, and put just a few items of clothing away at a time to get more steps in.

Pace or tidy up during phone calls. Whenever you’re on the phone, stand up. Try to walk back and forth or in circles while you talk. Or use a hands-free headset and do some light housework while you chat.

Move a little while you watch TV. The average American watches close to five hours of television a day, and that amount increases as people age. At least once an hour, stand up and march in place, swing your arms, or do some easy stretches.

Take the long way. Whenever you drive somewhere, park in a spot farther from the door to get in some extra steps. Take the stairs instead of the escalator or elevator, even if you climb only one or two of the total flights.